In his role, John Dulchinos is responsible for directing Jabil’s global automation and additive manufacturing business. Prior to Jabil, he served as president & chief executive officer at Adept Technology where he also served as president and chief operating officer, and vice president of robotics. He began his career as an automation engineer at Automated Assemblies Corporation. Dulchinos has served on the board of directors of the Robotics IndustryAssociation (RIA), the Robotics Technology Consortium (RTC), the International Federation of Robotics (IFR) and the RoboBusiness Advisory Board, as well as appearing on the 60 Minutes documentary “March of the Machines” and in the New York Times story “The Robot Factory Future”. He also contributed to the United States long-term robotics roadmap. He holds both a bachelor’s and a Master’s degree in Mechanical Engineering from Rensselaer Polytechnic Institute with a concentration in robotics. 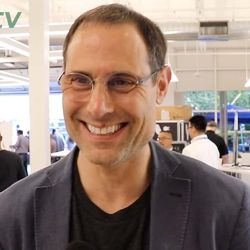 Read The Latest From John Dulchinos