Ossia Makes Power Cords a Thing of the Past

“Having all these cutting-edge technologies in one place shows that when it comes to innovation, Jabil leaves nothing on the table. The Blue Sky Center is a fantastic example of how the latest advancements interact and work together to create next-generation products.”

How many of us have dreamed of a future without cords and outlets? How many have hoped for a ubiquitous wireless power that makes connected independence a reality? Probably every last one of us. And now, it has arrived. Bellevue, Wash.-based Ossia has made the seemingly impossible a very real and viable technology, becoming the first company to develop a safe, efficient and viable wireless power solution.

Cota™, Ossia’s patented smart antenna technology, enables wireless charging of smartphones, wearables, remote controls, smoke alarms, electric toothbrushes, AA batteries, and more—without wires, plugs or charging pads. A revolutionary idea that has been coming together for nearly a decade, Ossia uses technology similar to Wi-Fi to deliver wireless power by safely targeting energy to devices at a distance. To all those who heard about it, Cota It seemed too good to be true . . . but as Jabil quickly learned – it wasn’t! And that’s when Jabil put its specialized product design, engineering, and manufacturing expertise to work for Ossia. The rest, as they say . . . is history!

Watch the video and download the case study for more! 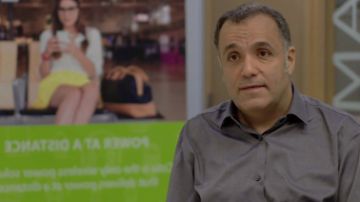 How can we help you be successful?