While Jack McCauley may not be a household name, his creations sure are. If you’ve ever wailed a solo playing Guitar Hero or peered through an Oculus apparatus to escape into virtual reality, you have enjoyed just a few of Jack’s engineering feats.

Jack launched a new blog just in time for CES 2020 that will explore a variety of topics and ideas that interest him, from virtual and augmented reality to artificial intelligence (AI) to electric vehicles. Recently, Jack sat down with Jabil’s Trevor Neumann, vice president of business development, automotive, to discuss the future of automotive production.

Jack gave us permission to publish the interview here. We encourage you to visit the original piece and other interesting design and engineering content at Jack’s blog, as well.

Attending CES? You are encouraged to attend the “Connecting with One Voice” session, a panel Jack will participate in as part of the Connect2Car conference sessions on Tuesday, January 7. The panel will be addressing many of the issues that Trevor and Jack discuss in this post. Learn more.

Jack: How has Jabil’s business increased over the past 7 years concerning auto tech?

Trevor: In Jabil’s 50-plus year history, we’ve seen considerable evolution in the electronics and technology needed to run all types of vehicles. Looking further back, we saw a big change when many simple mechanical systems changed to electrical systems, such as unlocking cars, opening windows, positioning seats, etc. But in recent years, the evolution has been much faster and more sophisticated. Jabil now supports our customers in bringing a much broader range of products to market—from the more common, such as navigation and infotainment, to enabling more advanced technologies such as critical safety systems. Probably the most significant area of evolution in the automotive industry impacting Jabil today, is in the increasing electrification of the powertrain. The electronics required to support HEV’s, PHEV’s and EV’s are so much larger and more sophisticated than traditional internal combustion engines. This has provided Jabil an opportunity to leverage our history in contract manufacturing with our experience of working in the automotive industry, supporting our customers in bringing to market automotive-grade technology that improves vehicle connectivity, energy-efficiency and safety.

Jack: Have you seen an increase in auto tech complexity?

Trevor: Yes, I think an interesting example of how the industry has changed is the work Tesla has done in bringing a pure-play electric vehicle to the mass-market. Their ability to build a computer network first and then a car has allowed them to leap frog the industry with delivering certain technologies very efficiently, such as over-the-air (OTA) updates. The more traditional automotive companies have such a deep history and expertise in combustion engine-based vehicles, this push helped energize a reexamining of their packaging and design philosophy, into planning how they need to move electronics and computer systems through their vehicles.

Connectivity is a big area of change and opportunity. The OEM can now interface with the car and consumer in new and exciting ways to deliver changes or provide additional post-sale features. That’s a whole new industry and opportunity of which we are just scratching the surface on the benefits. Then there’s autonomy. At some point in the future, we will not be driving anymore. Regulations will greatly dictate the parameters of autonomous driving, relating to liability and rules of the road. It remains to be seen exactly how this will be managed. The World Economic Forum is doing a lot of great work here to help us understand and lead us towards a positive outcome. Everyone is predicting different timing for when autonomous vehicles will be mass adopted. We will see a lot of development here over the next 10 years.

Year over year, we’ve seen the evolution of in-auto technology, the consolidation of components that used to be distributed or decentralized within the car as well as the addition of new technology. In particular, we’re seeing a lot of exciting work with cameras; for example, Jabil has been able to leverage our optics work in consumer industries and we are applying it to automotive ADAS technology.

Jack: How does Jabil foresee their business model evolving over the next 10 years in terms of the percentage of auto components/electronics?

Trevor: One of the bigger changes we’ve started to see is that the transaction and supply chain model has moved from a traditional OEM to large tier-one suppliers, to the increased use of contract manufacturers for select technologies. We’re vertically integrated, providing design engineering and manufacturing support, in addition to having one of the world's largest supply chains. We’re investing in these capabilities for a couple of reasons – firstly, we enable first-time manufacturable designs which accelerates speed-to-market, and secondly to ensure consistent, automotive-grade quality of new technology.

It is really difficult to predict the future with automotive having so many divergent changes; what is critical for Jabil is staying extremely close to our customers, continuing to learn what their needs are and pivoting quickly to meet these needs. That is, to me, a key benefit of our company: that we can onboard solutions to meet our customers’ needs with speed not typically found in the automotive industry. There is no doubt that increased connectivity, autonomy and electrification are part of the future of the automotive industry, and that we need to pay attention to the legal, insurance, and regulatory aspects of these innovations.

Jack: What's your view on the future of autonomous vehicles?

Trevor: I’ve had the opportunity to participate in industry conferences at which there were interesting discussions about societal changes impacted by the adoption of autonomous vehicles. In short: how neighborhoods and cities would change as a result of full autonomy. Parking lots wouldn’t really exist anymore in cities, as cars could sit outside the city to be called in as needed. Visually, space is cleaned up, our ubiquitous traffic signs which guide people through their driving experiences - all that goes away. Roads would change - take a six-lane wide roadway, it wouldn’t have to be fixed with three lanes going one way, three the other at all times. The lanes could be switched out digitally based on the traffic patterns and needs of the moment within an autonomously managed municipality.

There is no doubt that autonomous vehicles will be with us in the future. In fact, they already are in specific controlled people-moving environments such as airports or campuses. I think the industry as a whole has realized that the task of normal autonomous driving in complex urban areas is very complex indeed and will take longer than initially thought to solve. Large sensor suites, massive on-board computing power, huge amounts of data, Artificial Intelligence and the Cloud all provide cost and technical challenges which Jabil is helping its customers to overcome. In the meantime, development continues apace to add sensor-based advanced assistance features to vehicles providing a greater level of safety on the road to full autonomy.

The research and development going on in the automotive space is faster than it was in the past, with so many big changes planned, changes that will have an impact on a global scale - and autonomy is certainly one of the most significant.

Now, I’ve a question for you, Jack – how are you adopting your experience with the video game industry, VR in particular, to changing the car driver experience and the car itself? Whether it’s at a safety level, an entertainment level, or some other challenge you’re excited about solving in the automotive space.

For example, I love the vision your son shared with you when you were driving through Spain together, the idea of having all the road signs become digital and shown via augmented reality on the windshield, adapting to road conditions. That’s a great example of tech that speaks to the safety perspective but also to the convenience of the driver, as well as the environmental benefits of removing those signs from all over the world. I’d like to hear more about your vision for VR and AR in the automotive space, what you feel each has to contribute and how you’d differentiate those technologies.

Jack: Thanks, Trevor, that’s a great question!  At the heart of my vision for AR in the automotive space, based on my VR experience, is to create the three-dimensional (3D) illusions found in VR, but applied to distant objects in map applications. To the human eye, distant objects appear in 2D rather than 3D. Think of looking at trees from far away; your perspective makes it appear that when you turn your head, the tree moves with respect to foreground 3D objects. Taking that principle and applying it to an AR road sign in the map application you mention, one wouldn’t need stereo vision to give the illusion of 3D perspective. There’s no need for stereopsis for distant objects, just the perspective rendering of them.

On my son’s idea, you’ll need accurate position tracking of the head and the eyes of the driver. This would entail accurate pupillary tracking and head and neck position.

I’ve greatly enjoyed our conversation – keep me updated on the innovative work you’re doing with Jabil! 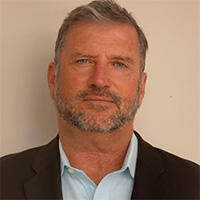 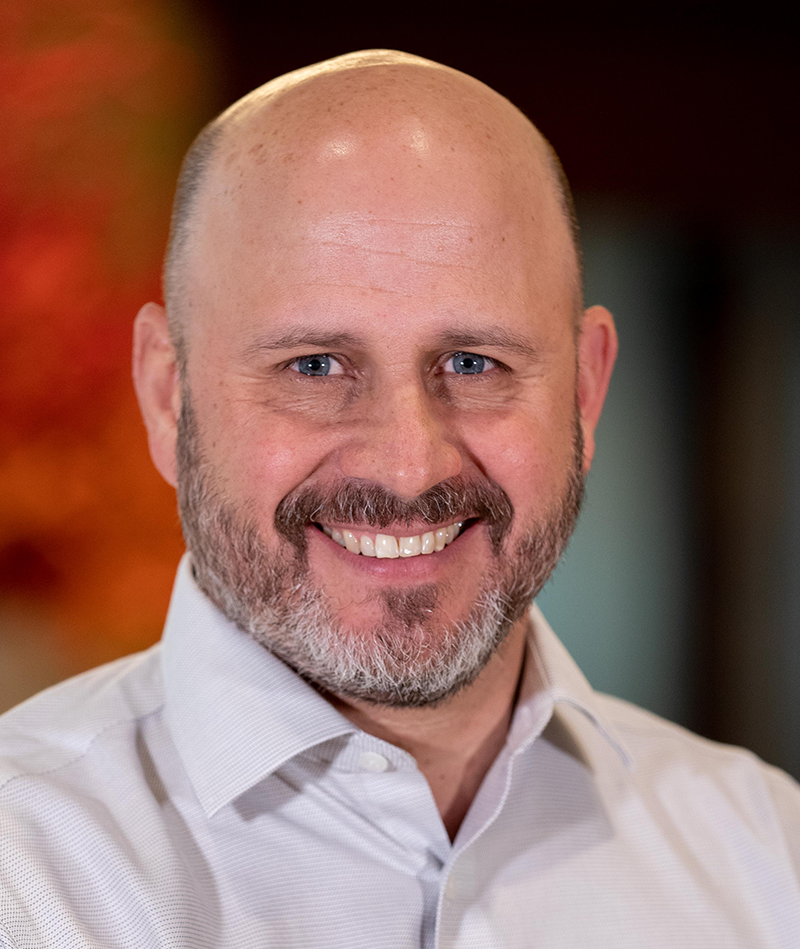 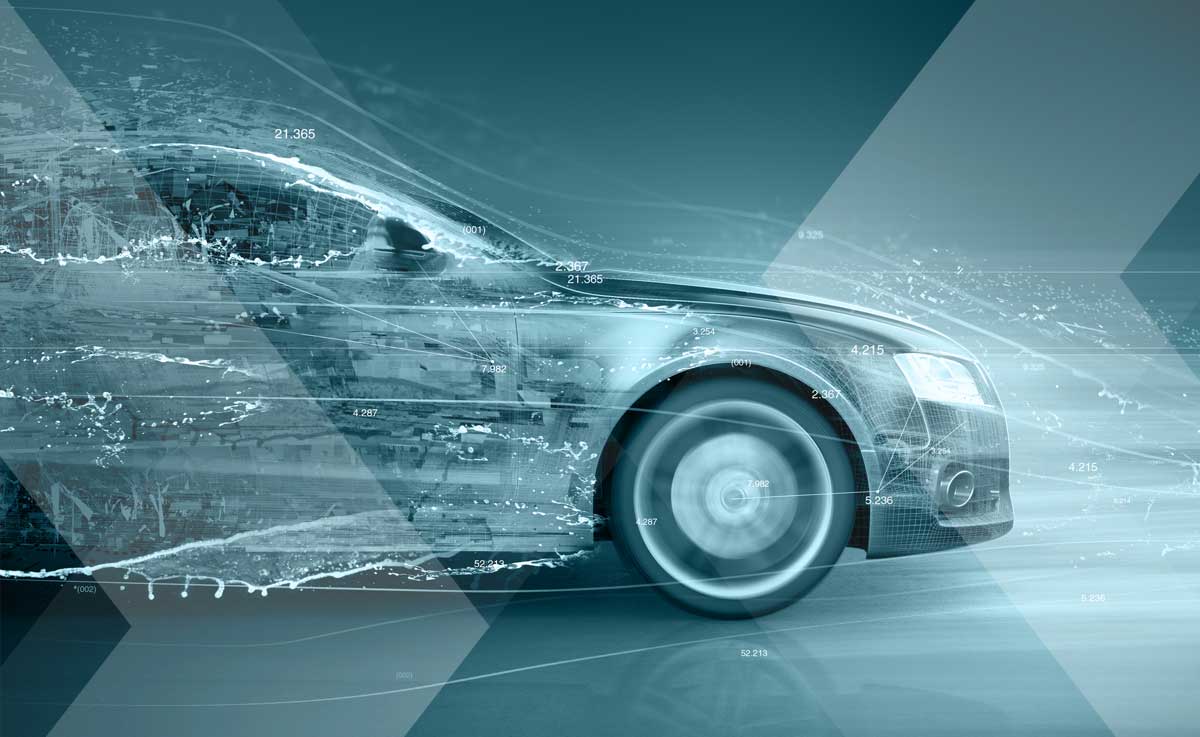