"Forced labor." This is the literal definition of the Czech word for "robot," which made its first appearance in the 1920s. But it wasn't until the 1960s that industrial robots were introduced to the automotive manufacturing floor of an assembly plant.

More scientifically, the ISO 8373:2012 defines an industrial robot as "an automatically controlled, reprogrammable, multipurpose manipulator, programmable in three or more axes, which can be either fixed or mobile for use in industrial automation application." Within the manufacturing industry, however, we consider industrial robots as labor that can perform dangerous or repetitive tasks required for manufacturing operation with a high degree of accuracy.

The first industrial robot, Unimate, joined the assembly line at the General Motors plant in Ewing Township, New Jersey, in 1961. It was an automated die-casting mold that released blistering-hot door handles and other auto parts into vats of cooling liquid on a production line that moved them along to workers for final finishing and buffing. 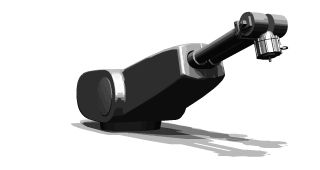 The programmability of industrial robots was largely a tool that could allow them to be used for a variety of different tasks, but it didn't really give them intelligence. They completed monotonous and unsafe tasks and were deployed for their precision and repeatability. As a result, the automotive industry has been the most important customer of industrial robots since 2010, according to the International Federation of Robotics.

Industrial robots have revolutionized the industrial workplace across industries since their introduction to the manufacturing landscape. In fact, the market growth of industrial robots is incredible. It is projected to be worth more than $66 billion by 2027, exhibiting a CAGR of 15.1% during the forecast period.

Here are the specific tasks traditional industrial robots are designed to perform: Arc welding, or robot welding, became commonplace in the 1980s. One of the driving forces for switching to robot welding is improving the safety of workers from arc burn and inhaling hazardous fumes.

Spot welding joins two contacting metal surfaces by directing a large current through the spot, which melts the metal and forms the weld delivered to the spot in a very short time (approximately ten milliseconds).

Material handling robots are utilized to move, pack and select products. They also can automate functions involved in the transferring of parts from one piece of equipment to another. Direct labor costs are reduced and much of the tedious and hazardous activities traditionally performed by human labor are eliminated.

Robotic automation for machine tending is the process of loading and unloading raw materials into machinery for processing and overseeing the machine while it does a job.

Robotic painting is used in automotive production and many other industries as it increases the quality and consistency of the product. Cost savings are also realized through less rework.

Most products are handled multiple times prior to final shipping. Robotic picking and packaging increases speed and accuracy along with lowering production costs.

Building dexterity into robots provides a manufacturing option that is otherwise very difficult to automate. An example of this is the production of orthopedic implants, such as knee and hip joints. Buffing and polishing a hip joint by hand can normally take 45-90 minutes while a robot can perform the same function in just a few minutes.

Sealer robots are built with numerous robotic arm configurations that enable the robot to apply adhesives to any type of product. The primary benefit in this application is increased quality, speed and consistency of the final product.

These include inspection, waterjet cutting and soldering robots.

There are more than five types of industrial robots, but the most common ones can be (and should be) classified by their mechanical structure, according to the International Federation of Robotics.

These work on three linear axes using the Cartesian Coordinate system (X, Y and Z), meaning they use three sliding joints to move up and down, in and out and side to side. The cartesian robot is the most commonly used industrial robot, typically for CNC machines or 3D printing.

With anywhere from two to 10 (or more) joints, articulated robots are connected to the base with a twisting joint. Resembling a human arm, they are commonly used in packaging, painting, metal casting and other industrial applications.

Heavily used for manufacturing in the food, pharmaceutical and electronic industries, these spider-like robots are connected with a common base. The delta robot is typically used for fast pick and place applications due its precision at high speed.

Considered a good fit for tight spaces, this compact robot features at least one rotary joint for rotational movement and a prismatic joint for linear motion. Common cylindrical robot applications include simple assembly, die-casting and machine loading and unloading.

The Future of Industrial Robots and Applications

While these may historically have been the most common applications and types of industrial robots, today's robots are less about their mechanical structure. They are data collectors. Earlier generations of robots had to be separated into their own world, whereas today they can be integrated into the workforce.

In the past, robots were asked to do very specific tasks, usually in a fixed location. But today, the collaborative application of industrial robots is evolving dramatically, thanks to environmentally aware sensors that impact their form factor and functionality. Now, these collaborative industrial robots, or co-bots, work alongside factory operators, doing a fraction of all the stuff human workers do. The proliferation of sensors has made it possible for them to operate in an environment with people and record information about their environment. As a result, we can collect data on every step of the manufacturing process for full traceability and detailed data analysis to make better decisions for the future.

Advances in robotics technology also allow us to take robots from the factory floor and make them mobile and autonomous for brand new applications, such as in retail. Autonomous robots have taken grocery stores by storm in 2019, with Ahold Delhaize's introduction of Badger Technologies' robot, which is designed to improve store operations. Equipped with numerous sensors, navigation systems and cameras, the robot navigates store aisles alongside employees and customers to scan floors for hazardous conditions like spills. Concurrently, the robot keeps stock on missing, mispriced or misplaced inventory. But in the future, autonomous robots will work in all aspects of retail, from the warehouse to delivery.

In other industries, such as agriculture, robotic drones can examine a field to find deficiencies in crops. They can analyze the water and dryness levels while determining the ripeness of the goods. Mobile robots and drones monitor oil and gas pipelines and electric transmission systems performing regular inspection and looking for signs of maintenance needs, to efficiently dispatch maintenance teams.

At their core, robots still do the mundane, monotonous and time-consuming tasks employees don't enjoy while providing invaluable data to improve operations. Without sensors and other recent advancements, none of this would be possible. Artificial intelligence (AI), of course, is a key part of the conversation. AI will reshape the capabilities of robotic technology, but that's still at least a decade in the future. In the meantime, AI can help companies take a population of robots that do the same task and provide all the data to a centralized location, which in return can be used to make that whole network of robots smarter and more efficient.

In industrial robotics, success is about exponentials. It's riding exponential technology curves in related industries to robots in order to drive adoption. It's hard to drive technology innovation within an industry-but when you adopt technologies from "outside" industries, opportunities are limitless. The robotics industry is just beginning.