The year was 1972 in Columbus, Ohio, and it was the year a fire was lit inside of me. After school, I’d visit my uncle and find him building his own electrical engineering projects, even designing a large satellite dish he built from scratch, which gave him access to hundreds of television channels verses the handful we normally watched.

Although I didn’t know it at the time, it was those moments that would inspire my future as an electrical engineer.

My uncle Larry, veteran of the United States Air Force, was the only engineer I knew. He was a successful Black electrical engineer who used his technical skills and creativity to make some really neat things – one of the reasons why I became an engineer.

It wasn’t until years later I realized what an impact he had on me. Sometimes, we transfer knowledge between people from teaching, which is what we usually think of as a “formal education,” but the most powerful transfer of knowledge, whether good or bad, comes from impartation. Imparting is the subconscious or conscious transfer through modeling; it’s when we learn, witness and are influenced by the environment, values and decision-making by those with whom we share life with.

Parenting often involves this idea of ‘impartation’ and is one of the reasons it is such a vital role in society, yet there aren’t accredited education requirements to learn to become a parent. Rather, we are most often influenced by the remnants of the impartation of our parents, in our values, belief system and character.

At the point of my life when my uncle’s actions were subconsciously impacting my future, unknowingly igniting a lifelong passion, another major example of impartation had already existed in our society: Dr. Martin Luther King, Jr. who was assassinated four years prior.

Dr. Martin Luther King, Jr., for example, had gone through all the formal educational systems, yet that’s not why he’s remembered. He didn’t ignite a fire by reciting research, theories or academic readings.

His impact was igniting a vision inside people, seeing the best in them; it was imparting a cause and dream that would fuel individuals to power through obstacles and challenges. Positive transformation doesn’t rely solely upon teachings, readings and degrees; it occurs primarily in the heart where values and belief systems live, where decisions are made and where impartation occurs.

Effective servant leadership is impartation and carries with it a passion to believe and want the best in others and putting this in action through service. Such belief often ignites a flame of learning and creativity in those being served. This flame not only fuels them through obstacles, but it also enables them to share the flame to others, transforming “the served” into servant leaders.

My uncle, Larry, modeled such impartation, when he accommodated an inquisitive eight-year-old. He looked beyond who I was and saw who I could be. He lit this fire in me, igniting a passion, that was strong enough to fuel me through electrical engineering school, my first job at IBM, my international move with Dell, and now finally here at Jabil. This idea of impartation is a powerful one for leaders to be aware of and is one that begins inside with what one genuinely believes and wants for others – colleagues and customers – regardless of how they may externally appear.

This is our chance as leaders to calibrate internally what we believe and want for others. Each of us has something within to impart others empathy, understanding and justice that helps them reach their potential. One of my favorite quotes from Dr. Martin Luther King, Jr. is, “We have before us the glorious opportunity to inject a new dimension of love into the veins of civilization.” Let’s be the next vaccine! 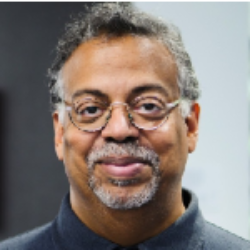