Growing up in Mexico, I was fortunate to have been exposed to an environment of many cultures, which helped shape my worldview at an early age. I went to a school where courses were taught in English by American teachers, and I had classmates from a wide range of places including the United States, Canada, Japan and Korea. Being an exchange student in high school also added to this and opened my mind to new ways of understanding the world and relating to others.

Through these experiences, I gained valuable insight on what it means to not just be bilingual but bicultural as well. These are not mutually exclusive terms. Being bicultural requires a certain degree of openness through exposure to different cultures and customs from your own, which I have learned to embrace.

Embracing my Cultures: Past & Present

Living in the United States, I proudly celebrate both of my cultures for their individual uniqueness and how they have shaped my life. Mexico has a very rich history that dates to the pre-Hispanic era, mixed with Spanish and French cultures. It is important to celebrate the traditions that have been carried on by generations, as this is the fabric of who we are.

At the same time, I recognize the ways American culture has impacted me; one of my favorite parts being volunteering time, fundraising and supporting causes we are care about. This aspect has influenced me in several ways, as it is engrained into Jabil, which has allowed me to incorporate giving back in my personal life and professional career.

At a global company like Jabil, it is paramount to be exposed to other cultures because we have such a diverse workforce that spans 30 countries. In this environment, we are always learning from each other and there are always opportunities to take what you have learned along with you. I have found that conversations with my colleagues are elevated by asking about their customs because you will discover that you have more in common than you thought.

By celebrating Hispanic Heritage Month, we identify with the customs we grew up with, build a sense of belonging to a community, and most importantly share our culture with family, friends, coworkers, and others who are eager to learn.

It is also important to celebrate Hispanic Heritage Month for the accomplishments that notable Hispanics have contributed to the United States and around the world. No matter where I live in the world, I always carry a part of where I came from and relate to the Hispanic culture. 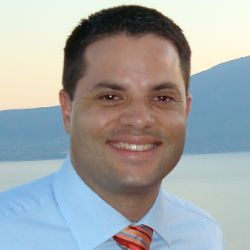