During his traumatic 18-month departure from his home in Africa, Abdishakur Mohamed would have never dreamed he would one day be a Production Mechanic apprentice in Switzerland. But, that is exactly what happened for the young Somali who arrived with no career future ahead of him and who now has the technical skills and confidence for a bright future in manufacturing.

Shortly after his arrival in Switzerland, Abdishakur attended the Youth Program at the Regiomech Cooperative, a program that prepares young refugees for a professional apprenticeship. "A visit to Regiomech a couple of years ago left a deep impression on me," recalls Philipp Erni, vocational training manager at Jabil Hägendorf and Jabil Balsthal, who established the connection between Jabil and the Cooperative. "I knew that I wanted to give one of these hopeful candidates a chance of an apprenticeship in our company. At the time, though, I had no idea the positive impact that would bring to our site and to me personally.”

As part of the initial process, Abdishakur completed a one-week trial apprenticeship as a Production Mechanic in the training workshop at Jabil Hägendorf and impressed the trainers with his manual skills and quick learning. Proud to be among the successful applicants, he then began his three-year dual-track apprenticeship in August of 2018.

However, the beginning turned out to be more difficult than expected. Due to adversities in the classroom, Abdishakur was having a hard time focusing and succeeding in class. He was about to give up when he opened up to his vocational trainer, Philipp, who intervened immediately. He was there as a mentor for him and also transferred Abdishakur to another class, finding one with a fellow Somalia-refugee for the two to be able to support one another professionally and personally.

In contrast to the other apprentices, who start their training during their mid-teenage years, Abdishakur, who is in his mid-twenties, is much more mature and is seen as a role model to many of the apprentices now. He often shares stories from his past and speaks openly about his culture, bringing diversity of thought, experience and ideas to the teams he works with each day. Sometimes it leads to surprised faces and more questions, which Abdishakur welcomes with a smile and often a laugh. For the Swiss, for example, it is an unfamiliar thought that people in Somalia eat exclusively with their hands and that he - a devout Muslim - is not allowed to have a girlfriend before marriage.

By being open and sharing more about who he is, Abdishakur is contributing to an inclusive culture, and the support his peers and mentors show demonstrate the power of inclusion and the success that can come from people being their true selves at work.

When asked why he’s passionate about creating a welcoming environment for all, Philipp said, "It is important to me to always address things openly and to be a role model, creating a culture of openness, tolerance and respect.” Abdishakur says he has always received a lot of support from his colleagues and vocational trainers both professionally with job-related questions and personal challenges. The time and emotional support he receives on a daily basis goes far beyond his expectations. Recently, Philipp also helped him with the move to his new apartment, dealing with the authorities and drawing up a household budget. "Since I don't have any family members in Switzerland who can give me advice, this support with everyday life topics means a lot to me," he emphasized.

Now in his second year of the apprenticeship, Abddishakur’s story is one of inspiration and resilience. He brings unique perspectives to his job, teaches his peers about diversity through his life experiences, and inspires all, even his own mentors like Philipp. Jabil Hägendorf is proud of his story and proud of their diverse work environment. 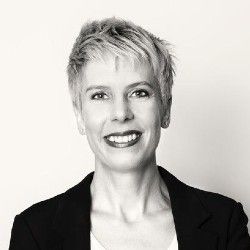 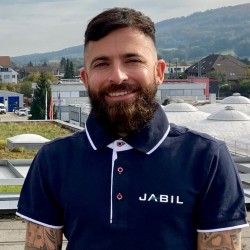