5G Networks and the Future of Living and Working

We’ve come a long way in the development of wireless connectivity technologies since the 1980s. What started out as a platform that could only support 2kbps over an analog cellular network can today support 200mbps over a complex set of technologies that control our productivity, efficiency and communication methods. Now it's just a matter of time before we start saying only 200mbps, as initial deployments of the 5G network pop up in 2019 and 2020.

December 2018 marked notable achievements in 5G. Qualcomm showcased its 5G modem ready for use at its Snapdragon Tech Summit. Meanwhile, Telia Company, Ericsson and the KTH Royal Institute of Technology launched a 5G network on the KTH campus in Stockholm, to serve as a research and innovation platforms for academics and partner companies. The first prototype of a 5G-ready smartphone also made its debut.

These are just some examples of recent progress—5G has been dominating technology discussions for years. Companies and countries worldwide have invested hundreds of billions of dollars into the initiative and now want to be known as the “first” to extend these new capabilities to consumers. This progress and level of investment doesn’t come without copious hype and high expectations.

But it’s important to remember everything won’t change with the push of a button. There is still much work to be done—both on the technology and the infrastructure front. Think about the initial 4G LTE launch, which had a slow start, limited availability and a support system that left a lot to be desired. As with any new technology, both the technology and business ecosystems had to navigate the choppy waters to get us where we are today. I believe 5G will follow a similar path to delivery.

5G Networks and the Future of Living and Working from Jabil

Regardless of progress, 5G is predicted to provide a powerful platform of possibilities for innovators and creators worldwide. With that in mind, here are three capabilities 5G will offer:

In an ever-evolving world of instant gratification, customers always want improved speed and reliability —that's just a fact of nature. With the introduction of each new "generation," consumers have been exposed to exponentially stronger performance. 5G will be no exception to that rule. In fact, 5G networks are expected to have more than 1gbps of bandwidth, far exceeding current capabilities.

Early availability of 5G will amplify video streaming, bringing the “loading...” screen to extinction. Coupled with extremely low latency, the opportunities for virtual reality (VR) and augmented reality (AR) are numerous as well. Current VR/AR applications can’t deliver users the fascinating experience they promise on a 4G network. However, 5G will be able to support high-definition video and sound at a fraction of the time, opening doors to new experiences. By the time 5G is mainstream, imagine what enhancements will be made to VR and AR.

2. A Truly Connected World, Powered by the 5G Network

Recent research predicts that the average U.S. household will have 50 connected or smart devices by 2020. If everyone took these devices and tried to connect them to the current network, you wouldn’t be able to get anything done. The current infrastructure in place just wouldn’t be able to support it.

Taking things a step further, one German automaker plans to build its own wireless network at its production sites using 5G. The company “believes this private 5G network...will enable it to connect manufacturing robots and other devices faster and more securely...” than existing technologies, according to MIT Technology Review.

What does this mean for the future of private cellular networks? Since 5G networks feature network slicing, they can be programmed to process data types and prioritize them. We can expect business applications of the technology to soar, making the factory of the future and eventually the Jetsonian smart home possible. Enhancing data speed and transmission will allow our homes and factories to handle more—more data, more opportunities and more features.

With future advancements enabled by 5G, we will be able to develop intelligent systems that far exceed the expectations for today’s devices. In fact, 91 percent of customers expect new products and services that have yet to be invented as a result of 5G.

The time it takes for a signal to be beamed toward a tower and received by a device is its latency. In other words, the lower the latency the faster the response. Low latency will potentially be a huge benefit for new possibilities through 5G. 4G networks have an average latency of 50 milliseconds, but with 5G latency is expected to go as short as 1 millisecond.

According to a recent PwC consumer survey, inconsistency is a current consumer pain point, leading to overall dissatisfaction with their internet use. Both home and mobile internet users list reliability as their “must have” in connectivity. However, participants under 40 say speed is their number one priority. Participants also affirm their willingness to pay more for speed, which will undoubtedly be a part of plan pricing once 5G is mainstream.

Outside of personal internet usage, low latency will be critical to autonomous cars. While level five autonomous vehicles are still in the distant future, they will rely on hundreds of real-time data sources—in automotive, that is the difference between life or death. If self-driving cars can't communicate with each other, collect and analyze data and make decisions real-time, then we're getting ahead of ourselves with new technology our infrastructure can't support.

An enhanced mobile bandwidth, expanded IoT functionality and low latency provide an expanded sandbox where we can develop new products and services, while vastly improving the ones currently in existence. But as this new level of connectivity and opportunities are introduced, security must be top of mind.

Security in an Expanded World of Threats

A few people have asked me about security in a 5G world. To answer this, I like to think about risk.  Risk can be defined as the probability of an event multiplied by the impact of the event. In a 5G world, the probability of a given data set or system being hacked doesn’t change appreciably. What does change is the speed at which a hack can be exploited could be 10x faster. Additionally, 5G will enable more real-time and user specific data to be collected, so the number of data sources or systems could be increased. This is nothing to get panicked about, but rather something to understand and to mitigate accordingly through technologies available today – encryption, salting, and layered or tiered access to data.

In the race to make 5G a reality, the risks and benefits both get magnified. The security challenges will be no exception. Cisco recommends focusing on these five features in securing devices: threat prevention, advanced malware, anomaly detection, DNS intelligence and threat intelligence.

When 5G becomes commercially available, it will power a truly connected lifestyle. The vision we've built around the IoT will be amplified – and new opportunities will be born. As we march closer to mainstream adoption of 5G, a more connected world is almost within grasp, but it's up to the world's technology leaders to make sure we're prepared for it. 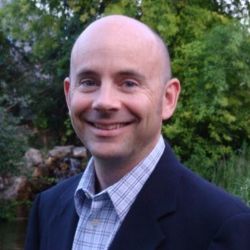