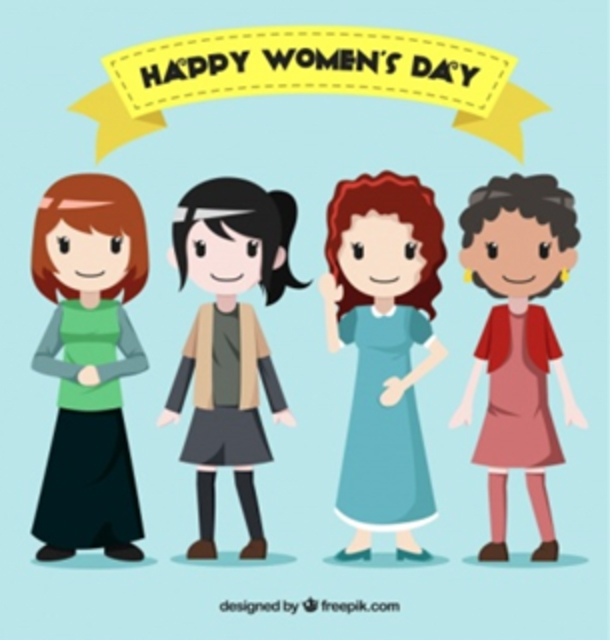 One thousand years – that’s how long it will take South Asia to reach gender equality in the workplace based on current rate of progress, according to the World Economic Forum’s 2016 Global Gender Gap Report. International Women’s Day (IWD) was born out of this need to accelerate greater change for women and to forge a more gender inclusive world. Held annually on March, 8th, the IWD celebrates the social, economic, cultural and political achievements of women across the world.

Jabil’s sites in South Asia organized meaningful activities in March to celebrate and honor the achievements and contributions of our female employees.

In Penang, employees celebrated IWD on 8 and 9 March with fun and educational activities. Embracing this year’s theme “Be Bold For Change”, site leaders encouraged female employees to take groundbreaking actions to drive change for women. Driving this message home was Senior HR Manager Sharifah Khatijah who lauded Jabil’s female employees and other working women today for shouldering increased responsibilities with both work and family commitments. 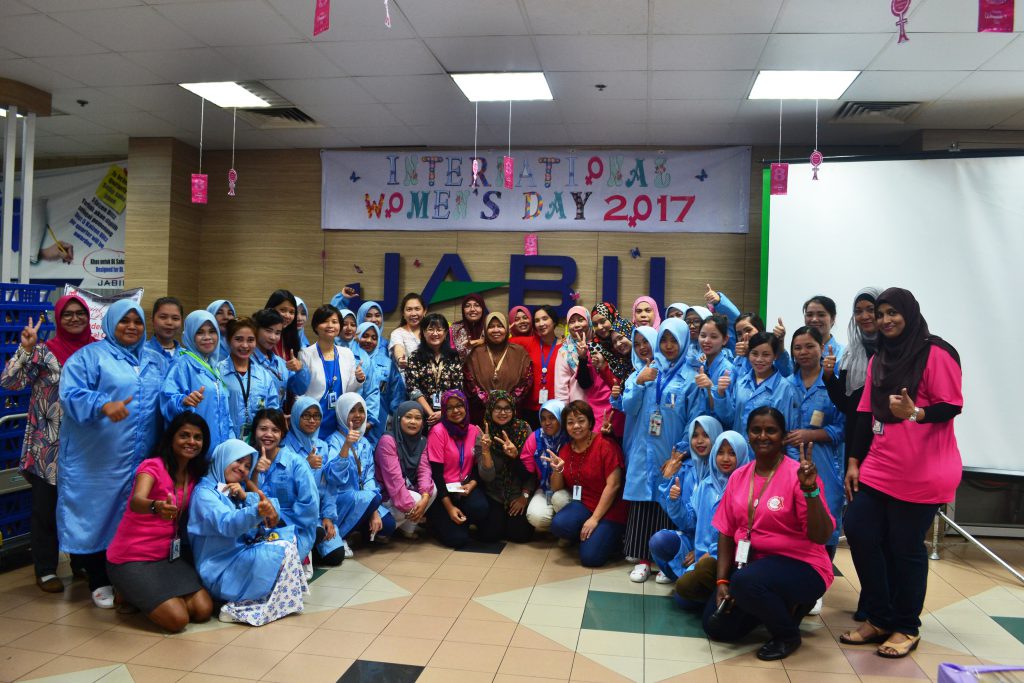 “We would like to thank and show our appreciation to all our female employees for their contributions to Jabil. We know balancing work and family life is a very challenging task, but I know you do it exceptionally well every day. Thank you,” acknowledged Sharifah.

Adding some fun to the celebrations were a #BeBoldForChange photo booth, make-up and grooming sessions, and gifts of flowers which both male and female employees presented to their female colleagues as a token of appreciation.

Female employees also participated in complimentary health screenings and an educational health talk. The ladies were reminded not to neglect their health in favour of other obligations, and were encouraged to go for regular health checks for early disease detection and prevention. The site also held a survey to gather employees’ insights on where they would like to see change, either in themselves or Jabil. About 286 male and female employees participated in the survey and flagged maternity leave as a key area that they would like to see change.

In Singapore, female employees, janitor and canteen staff were delighted with cookies and pink Gerbera daisies which were specially chosen as they symbolize admiration and esteem. Boards were also posted for employees to pen and stick notes of appreciation to their female colleagues. Some of the notes read: “On behalf of all the men, Happy Women’s Day!”, “#Girl Power!”, and “Don’t let anyone tell you you’re weak because you’re a woman!” 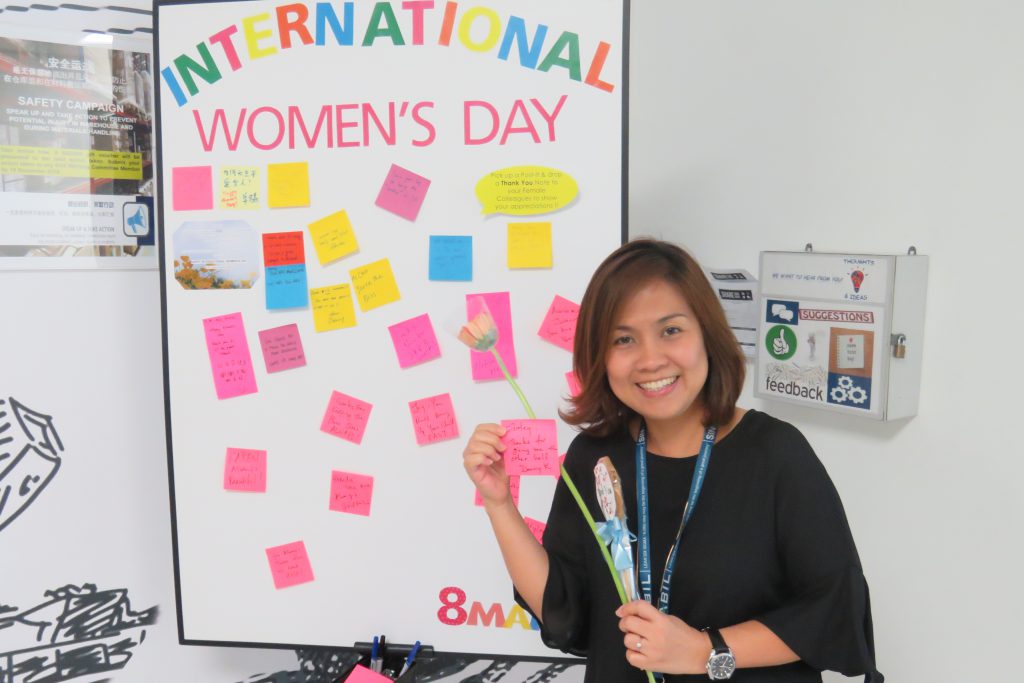 In Pune, celebrations took on a Health and Safety focus. Female employees were given hands-on training on the proper and safe use of LPG (liquefied petroleum gas). This was in support of the Indian government’s new social welfare program to provide free LPG connections for women from Below Poverty Line (BPL) households. A health talk on cervical and breast cancer was also organized for female employees to educate them on the two cancers, which are the most common cancers to affect Indian women. Female employees also took part in health screenings. 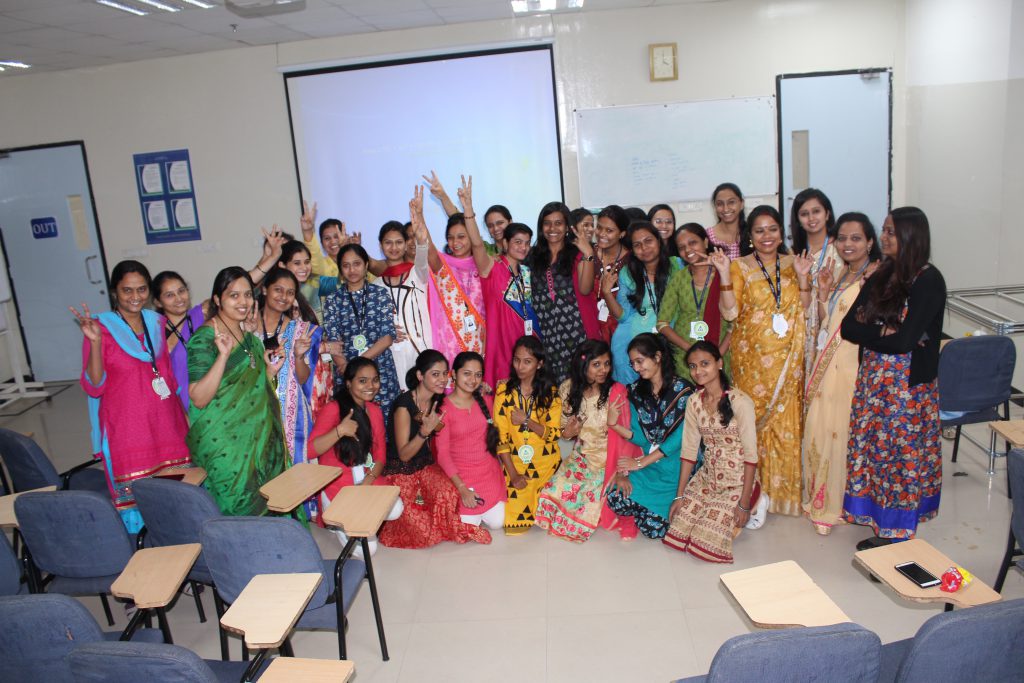 In the spirit of driving better outcomes for women, female employees took action towards achieving better health with a daily 15-minute exercise and meditation routine. While this initially only involved the female employees, Jabil Pune intends to roll this out to all employees in support of IWD and a healthy and happy workforce.

In Vietnam, female employees were treated to desserts in appreciation for their contributions.

International Women’s Day is just one day in the year to honor women and their contributions, however we can all do our part to build a gender inclusive future for future generations.