Let Your Diversity Guide You

To me, diversity and inclusion means “open-mindedness” – this is used both for internally self-reflecting and externally to empower our teams. It’s something I’ve discovered throughout my career, starting with the day I realized what my diversity was and how people saw it.

I grew up with a pretty diverse background; I was born in China and moved to the United States as a young adult. I’ve survived and succeeded in different cultures, having greatly benefited from global inclusivity.

The most astute moment I had recognizing diversity was at work about 20 years ago, when a Dutch boss I had at the time told me I had a soft voice and was short. He embodied the saying “what doesn’t kill you, makes you stronger” because of the honest, direct way he approached everyone and every project. When he said that, I responded by saying that I disagreed with him that I was short and that he was just too tall!

But, on a more serious note, the soft voice comment made me reflect, and in that moment, I saw that part of my diversity was my voice. I tend to be on the quieter side during discussions, but it’s because I make each word meaningful, not because a lack of confidence. This was something I carried with me from my Chinese background to the companies I worked at abroad.

However, when my former boss said that, I became more reflective and had more awareness around how I could have come across to my audience (in addition to what I was intending to do). It didn’t help that I was also typically one of the younger ones in the room and with attention on my softer voice, it was hard not to see the importance of being confident in your diversity.

The beauty of working at Jabil is that one of our company’s goals is to invest in our talent all over the world. One of our competitive advantages is our diverse workforce, but we don’t celebrate it as often as we should – I’ve never worked for a company that’s more globalized as Jabil.

At a recent event, one of our divisional chief executive officers said, “one plus one is more than two with our diversity,” and I couldn’t agree more. It’s about the gender diversity, cultural diversity and the mindset of diversity – how people think and the experiences they bring to their work.

As a Human Resources professional, a leader and a manager of people, I’ve seen how we all need to do our part in recognizing the diversity among our teams and working with employees to help them understand how to use their uniqueness to innovate and improve our processes, people and customers with confidence.

The key thing is continuing to build awareness around diversity and inclusion efforts, continuing to celebrate the diversity we have and ensuring we have an open, welcoming working environment for every employee. We must be open-minded with our own unique qualities, as well as what makes others positively different from you. 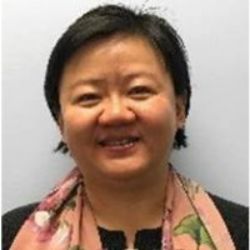