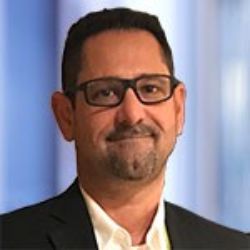 The World Health Organization reports that more than 1 million people are killed in traffic accidents around the world each year, and up to 50 million people are injured or disabled. Furthermore, the U.S. Department of Transportation’s National Highway Traffic Safety Administration (NHTSA) reports that 94% of all U.S. traffic accidents are caused by human error. Of these, the greatest percentage is caused by recognition errors, followed by decision errors, performance errors, non-performance errors and other human-related errors.

ADAS technology has a major role to play in reducing these human-related errors and increasing safety—a primary focus across the automotive and transportation industries. In a 2018 survey sponsored by Jabil, a third of the 126 automotive decision-makers surveyed listed increased safety needs as one of the top three drivers of technology innovation in the industry. This consideration ranked ahead of design capabilities, autonomous vehicles, consumer demands, better connectivity, government regulations, electrification and price decreases. Furthermore, 36% of participants noted that advanced driver assistance systems are a key element in their companies’ automotive visions.

We’re already seeing a positive trend that could be linked to some of these advanced driver assistance systems features. The U.S. National Safety Council (NSC) reports that the highway fatality rate dropped by 1.8% between 2016 and 2017, following years of increases. Fatalities declined 4% the next year and other 2% in 2018. According to early research from the National Highway Traffic Safety Administration, it looks like fatalities will continue to drop in 2020. However, accidents do still happen because of distracted, reckless or impaired driving. And there’s a lot more technology in development that will enable the industry to continue increasing safety for everyone on the road.

At Jabil, we’re seeing many of our customers work on sensor-fusion – or the use of multiple types of sensor for the same application. Typically, one type of sensor cannot safely monitor the conditions around a car in all situations. For example, cameras may not be able to accurately recognize other objects in low-visibility conditions, such as darkness, fog or even blinding light. Some types of sensors that can benefit autonomous vehicles include:

By combining multiple sensor types, we can create a “redundant monitoring system,” where different types of sensors are used for the same application to ensure the right information is always getting to the vehicle, no matter the road conditions. These systems include a variety of sensors including cameras, LiDAR, radar and driver monitoring systems.

Each automaker will take its own approach. Some may develop more LiDAR-centric systems with backup from cameras, while others will be more camera-focused with backup from LiDAR or radar. For example, the emergency braking assist developed by BMW Group Research and Technology. This safety technology gives drivers a collision warning and, when necessary, uses automatic braking to bring the vehicle to a complete stop before it crashes with an obstruction, a person or another vehicle. It also includes a feature called “avoidance manoeuvre assistance.” This collision avoidance capability actively supports the driver with an evasive maneuver.

It may not be long before this safety feature becomes standard. Automatic emergency braking (or autonomous emergency braking, sometimes abbreviated AEB) is already becoming increasingly common in new cars. Leading safety experts rate AEB systems as one of the most important road safety advances of recent years and consider it as important as seat belts.

Autonomous vehicles will also lead to societal improvements. In an interview with inventor Jack McCauley, my colleague Trevor Neumann noted, “Parking lots wouldn’t really exist anymore in cities, as cars could sit outside the city to be called in as needed. Visually, space is cleaned up, our ubiquitous traffic signs which guide people through their driving experiences - all that goes away. Roads would change - take a six-lane wide roadway, it wouldn’t have to be fixed with three lanes going one way, three the other at all times. The lanes could be switched out digitally based on the traffic patterns and needs of the moment within an autonomously managed municipality.”

In addition, the connectivity features of ADAS enable “platooning.” This driving tactic, most commonly used with trucks or military vehicles, uses connectivity technology and ADAS to direct vehicles as they drive. The system guides trucks to keep a set, close distance between each other for efficiency. The lead vehicle primarily interacts with other cars on the road, and the other trucks in the platoon follow suit with little to no action from the other drivers. For example, the vehicles can accelerate and brake simultaneously, easing traffic and eliminating the need for “reaction time.” Widespread platooning would equip our roads and infrastructure with technologies to enable an automated highway system.

The benefits of platooning don’t end there. The European Automobile Manufacturers Association reports that platooning can reduce carbon dioxide emissions by as much as 16% from trailing vehicles and as much as 8% from the lead vehicle. The report also states that platooning optimizes transportation by delivering goods faster and reducing traffic jams. In addition, because the system controls the truck’s braking, drivers in trailing trucks can handle administrative tasks while the truck travels.

ADAS also helps consumers become comfortable with allowing machines to do work for them. Autonomous robots are already becoming integrated into retail, and in the future, they will become an integral part in the operation of many other industries. Many ADAS features help drivers better monitor their vehicles and the environments around them. In turn, this teaches humans to trust cars more and ultimately rely on vehicle technology to help them make good driving decisions.

According to McKinsey, Level 5 autonomous vehicles likely won’t be available until 2030 at the earliest, and greater adoption will come after. Use of existing ADAS capabilities will prepare people to eventually adopt fully autonomous driving technology. Consumers – especially those in the U.S., China and Germany – are becoming comfortable with ADAS features like blind-spot monitoring, lane departure warning systems and parking assistance features. Increased comfort with these types of capabilities will ease consumers into fully autonomous vehicles.

Still, it will take at least a few more years before both society and the automotive industry are ready for the mass adoption of autonomous cars. A couple years ago, while visiting Germany, I had the opportunity to test-drive a car fitted with an ADAS enhancement that maneuvers lane changes without a driver holding on to the steering wheel. While the technology certainly is cool, as a passenger, it was a bit unnerving to ride in a car that was not totally controlled by a human. Plus, the technology is not perfected yet, so the test car did erroneously drift out of its lane a few times.

5G and Augmented Reality Will Support and Expand ADAS Functions

Although ADAS does not rely on 5G, the large bandwidth and low latency empowered by 5G will make the driver assistance system work better and expand ADAS applications. Advanced driver assistance systems create and transmit massive amounts of data that can burden slower systems. The fast data-transfer speeds of 5G will open possibilities in another developing technology: augmented reality (AR). In the future, auto-makers will use AR to superimpose important data, such as the speed limit and navigational directions, within the driver’s line of vision.

In order to effectively bridge from a basic driver assistance system to fully autonomous driving, sensor technologies need to be more robust and able to accurately and reliably handle complex tasks. They also need to be available at a price point OEMs and customers can afford. Currently, LiDAR systems cost tens of thousands of dollars, though we are working to bring it below $500.

Finally, the automotive industry will need to update its approach to developing new automotive technology and new vehicle models. Because a single autonomous vehicle could be used constantly, especially if used for ride-sharing, the vehicles will have shorter lifespans. For traditional vehicles, IHS Markit reports that the average age of a car in the United States is nearly 12 years old. By comparison, continuously operated autonomous cars may need to be replaced every three or four years. Plus, because technology keeps changing, the in-car technology will quickly become outdated, and the cars will need frequent updates.

This means that automakers will have to develop and produce new vehicles faster than ever. Right now, automotive OEMs already are operating on short product development lifecycles, sometimes as short as a year or less. So, the industry needs to find ways to bring technology to market faster, while still complying with the latest safety regulations. Collaboration is key to making this possible.

The automotive industry is known for its level of collaboration. OEMs regularly partner with technology and software companies to build new ADAS functions now, just like they will to construct autonomous systems in the future. 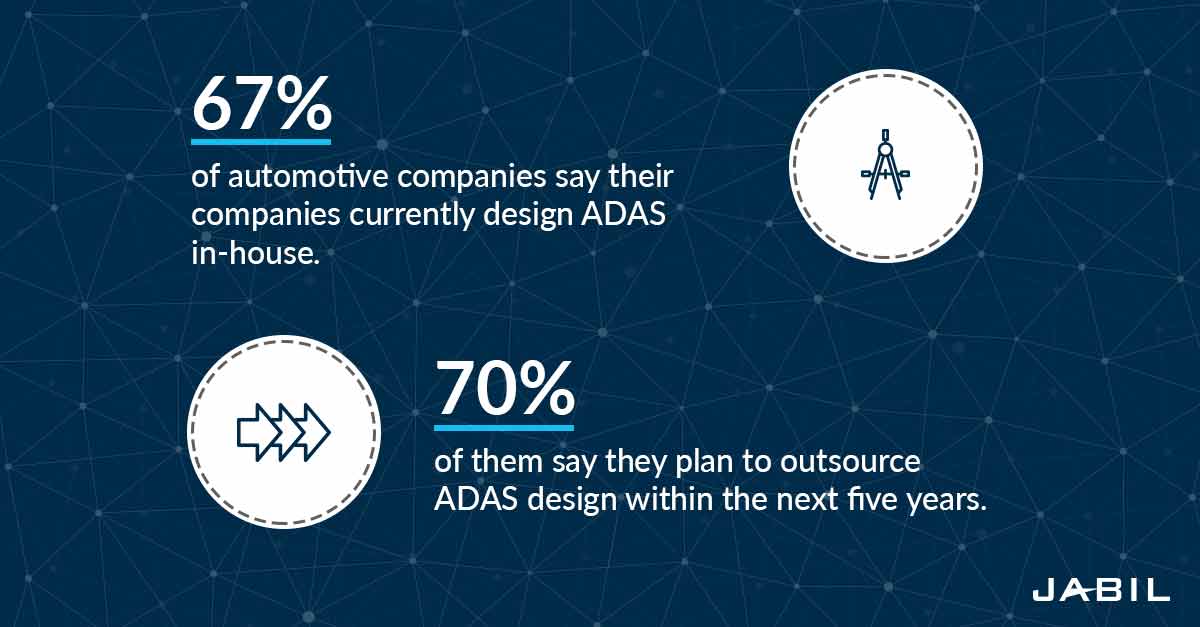 Soon, these seemingly futuristic advanced driver system capabilities will become standard and eventually become the minimum expectations for vehicles. Regardless, there is still work to do on the technology, infrastructure and regulations to address our changing driving experiences. But with collaborations within and outside of the industry, automakers are ready for the challenge.